EN: It was like she could not lose. As if she had already seen the race on TV and knew how it ended. Who was accelerating at what point, where to keep your legs still, who to watch. Amy Pieters cycled at the European Championships in Alkmaar with “inside knowledge”. She won with her legs, but much more with her head.

Because cycling is so much more than pedaling fast.

Amy grew up in a family that revolved around the bicycle. Her father was a professional cyclist, her brother raced from an early age in all kinds of competitions throughout the Netherlands. At first, Amy herself didn’t want to hear about cycling. When she was 9 years old, the spark hit her. She was sold after one race. She wanted more, more competitions, more riding on the bicycle. A few years later she was racing everywhere, all year round. On the road in summer, on the track in winter. She developed herself as a cyclist in several parts. Physically, mentally, tactically. Accelerating at the right time, a nose for the right escape, a built-in alarm system if the battle threatens to fall.

When she was nineteen, she got a chance with the pros. After that it was going fast. She rode for team Argos-Shimano, Liv-Plantur and Wiggle High5. Since 2017, she has been part of the foundation of one of the strongest teams in the peloton: Team SD Worx. In addition to the European Championships on the road in Alkmaar The Netherlands, her honors list includes races such as the Omloop Het Nieuwsblad, the Ronde van Drenthe and the Healthy Aging Tour. She finished twice on second place in the Tour of Flanders. On the track, her palmares is as thick as the phone book of Shanghai: she has won countless Dutch titles. With Kirsten Wild she became world champion in the couple race three times.

But “the”race may well be the Dutch Championship on the road. At her first two National Championships, in 2011 and 2012, she finished seventh twice. From 2013 to 2020 she always finished in the top-5. One problem: she never won. Year after year she made a goal of the Dutch National Championships, fought deep into the final for the red-white-blue jersey, only to find out year after year at the very last that one was faster or stronger. But she refused to give up. Every year she came back to win, until she succeeded. Last year she soloed to the national title in Emmen. The final ascents of the “VAM mountain” seemed endless, but that was all appropriate. Cycling is more than pedaling fast. It’s sometimes raw, sometimes hard, sometimes frustrating. If you want to get up there, you have to keep trying.

Even though the road to get there is still so long.

Amy was born on June 1st, 1991 in Haarlem, the Netherlands. Amy is the daughter of former cyclist Peter Pieters and the sister of cyclist Roy Pieters.

Amy did her very first cycling race… and she was sold directly to it.

The road to elite women’s competitions became a gradual one. As a second-year junior, Amy was already allowed to participate in the Holland Ladies Tour, the largest international stage race for women in the Netherlands.

Participation in the London Olympics in the track team pursuit. She finished in 6th place together with Ellen van Dijk, Kirsten Wild and Vera Koedooder.

The first major victory was achieved during the 2nd stage of the Ladies tour of Qatar, not much later she also won the spring classic “Omloop van het Nieuwsblad”.

Together with Kirsten Wild, Amy managed to take the world title during the madison on the track in Pruszkow.

In Alkmaar, the Netherlands, Amy became European Champion on the road. She managed to complete a long breakaway with 3 in the sprint.

Amy finished first in the mixed team relay at both the World Championships and the European Championships this year, a new part of the cycling calendar.

Again a world title for Amy and Kirsten on the madison. They managed to prologue their title.

The Dutch National title on the road; after many top 5 places, she took the title on the VAM-berg this year! She managed to finish it off in the final after a long break-away.

A 4th place at the Tokyo Olympics, due to a crash in the race, she missed the connection with the first group. A disappointment as reigning World champion.

As revenge on the Olympic Games and when Kirsten Wild said goodbye, they extended their world title at the couple race in Roubaix. 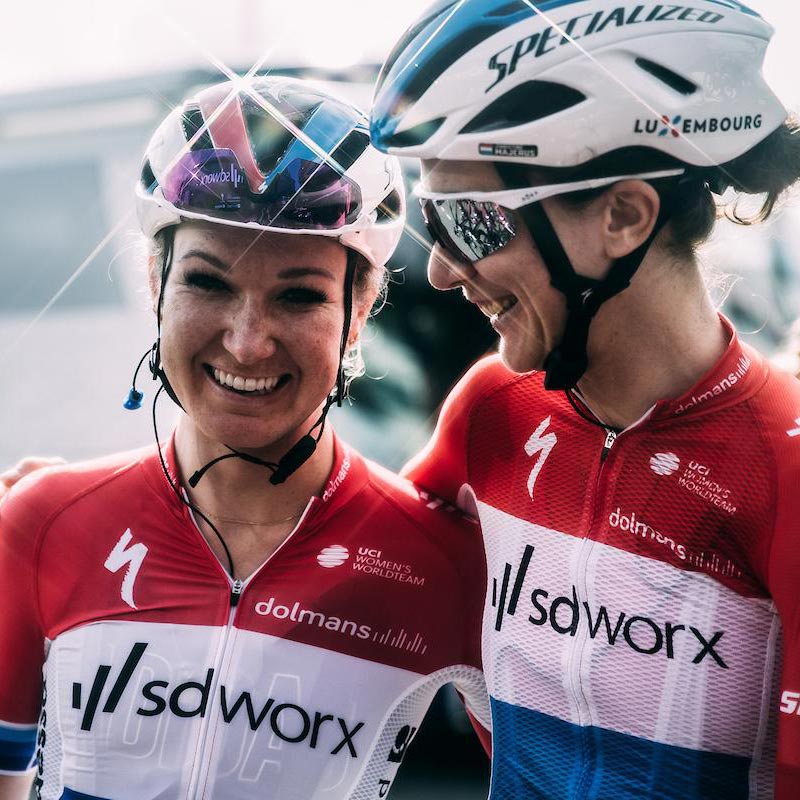 With the agreement of the family, this crowdfunding has been set up so that you can help Amy in her Rehab. While insurances might take care of the minimum rehabilitation programm, we won’t satisfy with the minimum for our friend. We aim to help her get more and better.

Feel free to give a lot or to give a little, Amy will be happy and grateful for you no matter the amount you could give and so are we.

EN: Amy’s team, Team SD Worx, is giving 100 T-shirts for the first 100 donations over €100,-
Fill in your address details if you would like the T-shirt to be send to you. 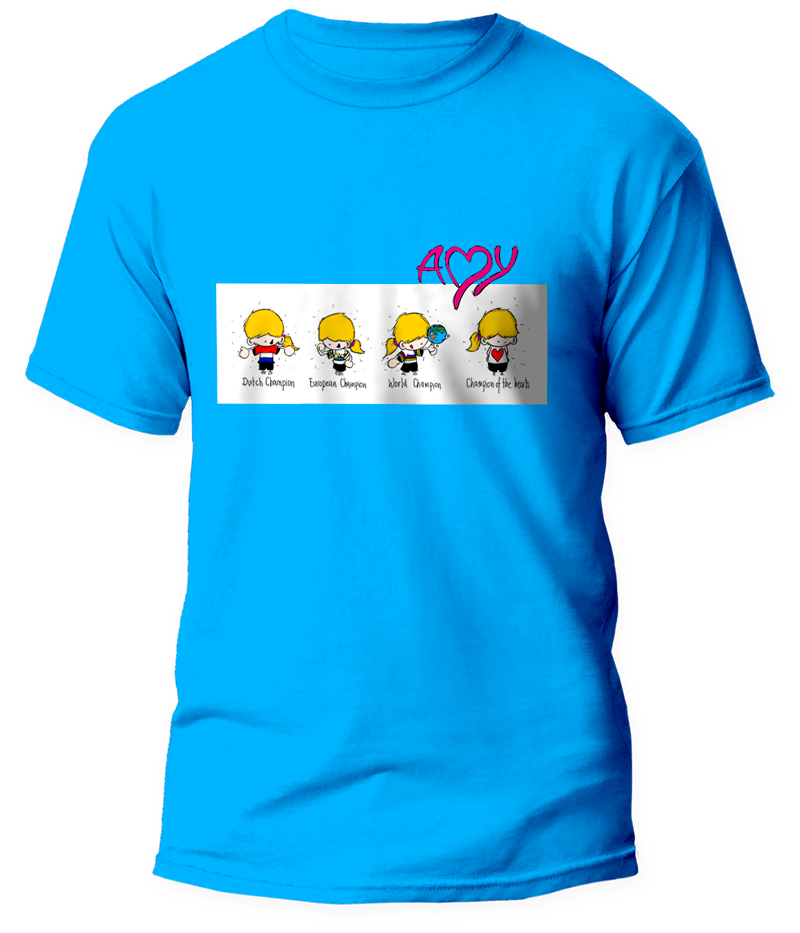 EN: Up to €2274,- can be donated without gift tax. If you would like to donate more we will contact you to create an invoice.

Manage Cookie Consent
To provide the best experiences, we use technologies like cookies to store and/or access device information. Consenting to these technologies will allow us to process data such as browsing behaviour or unique IDs on this site. Not consenting or withdrawing consent, may adversely affect certain features and functions.

We do not use tracking or Google Analytics cookies.